200 years of immigration of Poles to Manitoba

In the Legislature building in Winnipeg there is a plaque “To commemorate 200 years of immigration of Poles to Manitoba 1817-2017”. The initiator and organizer of fundraising for this purpose was the Canadian Polish Congress Manitoba District.

Former soldiers from the de Mueron regiment, were the first Poles in Manitoba. They moved into the Red River Settlement in 1817 as a part of the military escort to the Lord Selkirk expedition.

In 1798 , after the third division, Poland disappeared from the world maps. The Polish territory was divided between Russian Empire, Austro-Hungarian Monarchy and the Kingdom of Prussia. Looking for the ways to fight for Polish freedom thousands of Poles jointed the Napoleon’s Army which fought with Poland’s aggressors. During the fights in Spain and Italy many Polish soldiers were captured by Brits. Their only way to get free was to voluntarily joint the regiments of General Ludvik de Watteville and Colonel Carl-Daniel de Meuron. As a part of British military operation in North America the de Muron and de Watteville regiments were moved to Upper Canada to strengthen the Brits in the British- American War in 1812.

In the beginning of XIX century in the Western Canada, as the result of competition for taking over control on the lucrative fur trade, the sudden conflict arouse between Hudson’s Bay Company and the North West Company. It ended in tragic bloody battle in 1816. As the result, Lord Selkirk, who owned a vast land alongside the Red Rived, decided to finally finish the conflict. He recruited approximately one hundred volunteers from the recently dismantled de Watteville’s and de Meuron’s regiments, among them was ten Poles. He restored order and offered security to the Red Rived Settlement. Thanks to the Lord Selkirk support the Poles settled by the banks of the Red River in June 1817. The ten Polish recruited volunteers were; Michel Bardowicz, Pierr Gandorski, Andrzej Jankowski, Michal Kaminski, Martin Kralich, Wojciech Lasota, Laurent Kwileski, John Wasilowski, Michel Isaak and Antoine Sabatzki.

By the end of XIX century the Canadian Government with the Canadian Pacific Railway was actively campaigning in Europe to promote the settlement in Manitoba, Saskatchewan and Alberta. Thanks to changes in Canadian immigration policy over three million immigrants arrived in Western Canada in 1891-1914. The new immigrants were mostly poor peasants from the overpopulated continental Europe. The largest group came from Galicia ( part of Austro-Hungarian Monarchy), other from the former Polish territories occupied by Prussia or Russia. The political situation in occupied territories, high taxes and the prospect of better life in Canada were the main factors in decision making about immigration.

The second wave of immigration, consisted mostly of soldiers (some from the 2nd  Brigade) and civilians reached Canada in the post IIWW period ( after 1945).

After the II WW Poland started to be govern by the communists, supported by the Soviets. The country was under police terror, opposition parties were delegalized, political opponents were arrested. All Poles abroad (soldiers and civilians) could return to homeland however being afraid of repressions many decided to immigrate. Thanks to the agreement between Polish Government in Exile and the British Government thousands of Poles were allow to immigrate to the British Commonwealth territories. At that time many Poles arrived to Canada, settling also in Manitoba. They were better educated and better prepared to start their lives in a new country than their predecessors.

The third wave, called solidarity wave, arrived in Canada in the eighties. Thousands of Poles left Poland after the end of Marshall Law in 1983. Many settled in Manitoba.

After the IIWW Poland found itself in the Soviet Union sphere of interests. Polish people’s, unhappy from the forced political and trade system, occasionally protests were put down by the government with bloodshed. In 1980 the general strike stretched across the country and paralyzed the functioning of the government. Under pressure of Strikes’ Committees government was forced to register Independent Workers’ Union “Solidarnosc”. This however, didn’t improve the relationship between the society and the government resulting in implementation of Marshall Law on December 13, 1981. Thousands of Solidarity leaders were put in isolation, many were asked to leave the country. After the Marshall Law was lifted in 1983 the immigration from Poland increased. In the eighties over one million Poles left Poland most of them young and well educated. Thanks to their determination and persistence many of them became successful on their new homeland adding to the prosperity of Manitoba and  Canada.

The initiative to fund a memorial plaque was supported by numerous sponsors: 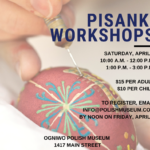 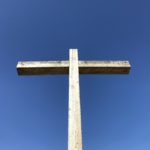 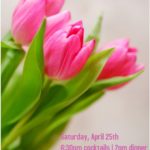 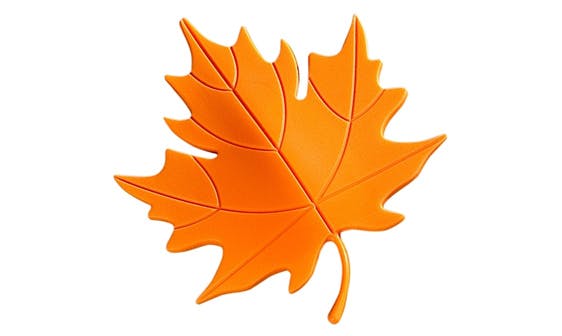 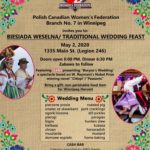